In the East of Latvia, work began on the dismantling of base nuclear missiles built in the Soviet times. We are talking about the elimination of a huge underground complex, the newspaper reports Delfi with reference to the head of the company Demontaza.lv Martynia Malnieks.

The specialists task is to dismantle the missile complex “Dvina R-12”, which is located near the city of Gulbene. Just have to disassemble four underground mines and command center.

According to Malnieks actually have to dismantle the 10-story underground concrete building.

Work involving powerful excavators with hydraulic hammers and shears for cutting rebar will take about six months. The cost of dismantling is estimated at 189 906 thousand euros.

Over the past few years in Latvia was destroyed several missile bases abandoned after the departure of the Soviet army.

As pointed out by the edition of LSM, the right of the dismantling was a competition, as in the complexes of left a lot of non-ferrous metals.

Only in Latvia was located at least 12 missile bases. 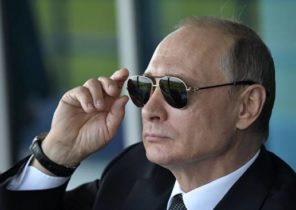