Russian Deputy Prime Minister Dmitry Rogozin hopes that the developers of the aircraft of the Ukrainian enterprise “Antonov” will move to Russia, reports TASS.

He stressed that Russia is ready to provide them with all the conditions.

“We are waiting for the transfer to Russia of Ukrainian aircraft designers, to create “An”. Ready to receive them and to ensure that is not dead school “Antonov”, – said Rogozin.

Earlier it was reported that the state Enterprise “Antonov” to the end of 2016 will curtail cooperation with the Russian company “Volga-Dnepr”.

As was stated by the President of “Antonov” Alexander Kotsyuba, there is information that the companies operating the aircraft An-124-100 Russia, attempting to get away from the “Antonov” as a developer and to transfer these functions to a Russian company.

“The Antonov company is the developer of the civil aircraft An-124-100 and a holder of the type Certificate No. TL 0021, issued by the Aviation authority of Ukraine, and of the type Certificate No. 24-124-100, aviaregister issued by the Interstate Aviation Committee (AR IAC). Antonov is also the holder of the certificate of the developer of aviation technology №UA.21J.0016, issued by the Aviation authorities of Ukraine and Certificate of the Developer of aviation technology n P-2 issued by IAC AR. In accordance with the airworthiness ICAO Doc 9760, Part V, Chapter 6, Aviation regulations of the Interstate Aviation Committee, Part 21 (AP-21), p. 21.44, Aviation rules of Ukraine, Part 21 (APU(Part)-21), p. 21..44, Antonov performs all duties of holder of type Certificates and the organizations responsible for the type design in respect of continued airworthiness of aircraft An-124-100 “Ruslan”. Thus, only the Antonov company has a complete set of design and evidence-based documentation of results of certification of the aircraft. The company is not passed on to anyone materials testing, allowing to carry out the responsibility of maintaining the airworthiness of aircraft”, – stated in the message.

In addition, Antonov is the author of the program of preservation of the integrity of structures and monitoring of aging aircraft An-124-100 “Ruslan”, the Program control fail-safe, which is designed in accordance with modern international standards and allows peers to maintain the airworthiness of the aircraft. Strict implementation of these Programmes is essential to ensure the safe operation of planes An-124-100 “Ruslan”. 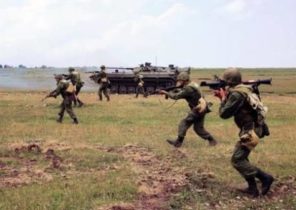