“Serbophobia — only river, which flows into the sea of Russophobia.”

When it comes to complex foreign policy position of Serbia in General, and in particular its relations with Russia, the skeptics beliefs and those whom the skepticism encouraged by hefty amounts in foreign currency, are inclined to different theories. According to the most common, if it is to simplify, Russia, to protect its interests in Syria, the Baltic States and the Ukraine will come to the necessary understanding with the West, and Serbia, in fact, will leave at the mercy of those who we, euphemistically speaking, not good wishes.

The theory of settling accounts powerful global and regional forces, to the detriment of the vital interests of Serbia acquired a special significance and popularity after the normalization of relations between Moscow and Ankara, as well as after the failed coup, the suppression of which the Kremlin played a major role. There are factual and logical arguments that say that the vital issues of Russian foreign policy, in particular Ukraine, Syria and the us missile shield, you need to decide hastily, while the Serbian question can wait until better times and circumstances.

However, the thesis that the Kremlin would give the Central Balkans at the mercy of “posmantur” for the subsequent weakening of its regional rival in interesting for both regions (the middle East and Central Asia), infantile sounds and looks like a projection of political relations with significantly lower decision-making levels. This argument is wrong at least for two categories of reasons — geopolitical and elementary logic.

Realizing the Eurasian civilizational project scale and duration, Russia aims to combine into a single meaningful system, “from Lisbon to Vladivostok”. In this strategy, Serbia is the only country in the Balkans that is willing and able to conduct an independent foreign policy, plays a key role. No matter how articulated the role of Serbia: whether through a group of neutral countries of the Balkans, the so-called B4, or otherwise, as an ally of Serbia, Moscow is necessary.

Why is Serbia important for Russia?

The Serbian national existence, and with it the strategic role of Serbia, unthinkable without Central positions, rallying the neighboring state of education with related language. The Serbs, as a politically independent people with a deep self-awareness and an enviable state-historical tradition have proven many times that they are able in various forms to collect the territory inhabited by those who identificeret yourself with a purpose.

Now the course taken in the military neutrality, which can permanently preserve Serbian sovereignty, territorial integrity, political independence and ability to pursue national interests. In addition, in the end, neutrality can give the right to control the strategically important Moravian-Vardar valley and Montenegro as the last access to the Northern Mediterranean, where it is not docked corvettes NATO. Is it possible in a major foreign policy to lose such important advantages that the developing situation is becoming increasingly important?

In foreign policy, as in so many other areas, the most important thing is to find a balance, which, on the one hand, will not damage any of the stated national interests, and on the other, will become a means to achieve tangible results in these conditions. If, for various reasons, impossible, the open confrontation is the last tool that is in motion.

Of course, Russia will not go to aggressive confrontation and fomenting new tensions where there is no need, unless you need to respond to the hostile actions of the enemy. It will stick to its old tactics and extinguish the fires that kindle the Alliance, precisely designed and skillfully selected combination of different means of coercion. That is Russia will not take any unexpected action, and certainly not going to give up proven by centuries of unions for the sake of momentary interests.

Speaking about logical arguments, you need to understand that relations of Russia and Turkey is not a zero-sum game — between these two forces can be open manifestations of a certain superiority. The exchange is possible only between two parties that are equal or at least close to it, and which in the interests of have to sacrifice something for those who have higher political status.

Its existence in the political and physical life, Erdogan is obliged only to the Kremlin. After the military coup, which undoubtedly are the most influential Western intelligence agencies, it is clear that Erdogan has lost the last remnants of trust that was used by Western leaders. Such actions of the West can also be interpreted as panic and fear caused by geopolitical turn of Turkey, who have brought this country, second military force of NATO, before the attempted coup. If not for the timely reaction of Russian intelligence apparatus, but now with the Bosphorus was broadcasting Pro-American generals, who dutifully defended the interests of Washington in the area from Syria to Bosnia and Herzegovina, which is especially important for us.

In this context, it raises a serious question: there was a referendum in the Republika Srpska, without any reaction from the Sarajevo Izetbegovic, who has not received a nod from Istanbul or Riyadh with a hint of political trust and the funds are still invested, to the entity created by the Dayton accords, continued to exist? A few years ago, the then current Minister of foreign Affairs of Turkey said that “the Serbs will apologize for the killing of Turks in Srebrenica” and threatened to send Turkish Navy in Neum, then obviously unfriendly actions of Banja Luka, in recent months, from Ankara, in the ringing silence no reply is received. It is clear that there have been tremendous changes. Do not be fooled that they are not affected by phone conversations between Ankara and the Kremlin.

Why should Russia abandon its geostrategic areas of interest, with which it is linked by the priority of economic, political and energy goals, for the sake of fickle regional neighbor? This argument brings together two groups of reasons. His denial may indicate only an absolute lack of understanding of geopolitical processes and the correlation of forces, and the inability to predict future events. Those who believe that the project “South stream” is closed completely, and the final destination of the “Turkish stream” will remain Turkey also tend to believe that the Kremlin is pursuing a policy which is more like a trade than a deliberate promotion of the strategic interests of the Empire.

“Post-democracy”, if not in the full sense, at least in part, involves the fiasco of the neoliberal vision of the world. The crisis of NATO expansion once and for all out of the bottle of gin, which threatens to disintegrate the “the Clinton” of the elite and their supporters. This applies in particular to destabilized regions. While the EU tries to preserve the image of an international player who plays the game of its members louder challenged the political principles underlying the European Union.

In such a situation, supported by the rise of the “Russian bear”, before Serbia opens to a large space that is of concern and the Pentagon, and all those who for many decades loyally works over that at the root to prevent any attempts of Belgrade to secure a Piedmontese role and go on their own path of development.

The Foundation of any new order in international relations potentially entail greater risk, because you have not created clear rules for its functioning. In such a situation unexpectedly expanded space for Serbian unique matrix that finally, after the liberation from the ideological shackles of outdated dreams of previous generations embodied.

Associated with this, and based on nothing theory. Their goal is to undermine the targeted country’s foreign policy, dismissing her from a proper understanding of future orientation that does not correspond to the interests of those who provide a similar effect. But it would be foolish for delusions by the close before the doors, which under the pressure of historical possibilities opened before us open. 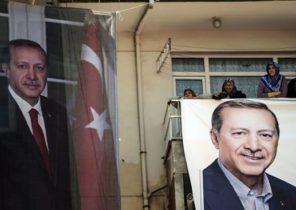