The work of public services is in critical condition in many regions of Russia. The workers are not paid a salary, so the required maintenance is not performed. Residents Express their protest by not paying the bills.

70-year-old Olga Torchinsky pointing to a small door in the basement, which are icy steps.

“Can’t go with you, go see for yourself what’s going on!”

The smell abruptly hit in the nose, from the cellar want to leave. One pipe in the basement is leaking, water drips to the ground. The pipe is rusty and it runs a large number of insects.

This is just one example of the backlog in city Khimki from Moscow to the West. Similar cases across Moscow millions. One of the reasons why work was not carried out in time — the workers are not paid a salary, so they are on strike.

According to the Federal state statistics service, in October 2016 in the country were not paid salaries by 55 million euros. More often than not pay wages in industry, construction and transport.

Prime Minister of Russia Dmitry Medvedev drew attention to the problem in November, and demanded payment of wages.

Local authorities should monitor the implementation of municipal works

Residents of homes very unhappy, many in protest do not pay utility bills.

In Russia, residents pay monthly to the local municipalities for electricity, gas, water and utilities. Execution of works on maintenance is passed of any organization.

All apartment buildings is the so-called housing Council, which promotes the interests of tenants.

Lawyer Dmitry Trunin appeared in court with a large number of cases on housing advice in Khimki. In his opinion, the crisis of public utilities associated with corruption. The municipalities are stealing so much that salary is.

“So the workers are on strike, residents do not pay their bills, and companies that perform maintenance, become bankrupt,” he says.

Quite often, utilities do not pay white wages. Sometimes hiring migrant workers, many of whom are in the country illegally. These people are hard to fight for their rights and to demand payment of salaries.

Months without a paycheck

56-year-old Yusuf Rasulov, a native of Uzbekistan. He runs the maintenance in the Moscow region for 15 years and working legally in Russia. Rasulov proud of his workmanship and would like to continue. The last time he received a salary in June, and, of course, would not want to work for free.

“How much more can you expect? I already want to go home, this situation make me sick”, says Rasulov.
Home it, however, I could not get because you do not have enough money for a ticket. A friend gives him money to have enough for food. According to Rasulova, it’s humiliating.

“The man should earn money and not to accept help from women”.

Olga Torchinskaya not retreat. She throws the officials requirements and shows a thick folder with copies of letters. She is very dissatisfied with the work of supervisors.

In the basement with a leaky pipe they were a month ago. “They said that they do not write down the Protocol, whether the basement is wet or dry, record only that he was clean,” snorts Torchinsky.

She accuses striking workers in poor repair, and blames officials.

Officials do not facilitate the work of the housing advice

The meeting invited the chairmen of the housing councils of the city of Khimki to discuss problems, turns into a continuous scream.

“We are waiting for repair for three years. How much can you tolerate,” shouts one woman. In response to the applause. When someone touched the issue about cleaning the garbage disposal, the dirty stairs, broken elevators or leaky pipes, a representative of the city administration urges to write a formal complaint.

Olga Torchinsky is familiar. She says that housing takes a whole day. For this work she was already quite elderly, and with pleasure would pass it to someone younger. Despite the fatigue, it does not absolve responsibility.

She is happy with their achievements. The house has seen many improvements. The Windows are new, the facade is restored, the yard is cleaned.

Their activity Olga Torchinsky demonstrated that common issues can be resolved through housing advice. However, the pipe in the basement and didn’t fix it.

“I’m not giving up, it also must fix it,” she says, smiling vigorously. 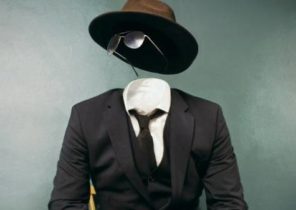