The appellate court of Kiev postponed consideration of the complaint of protection to prolongation of a measure of restraint in form of detention for the former head of Party of regions Alexander Efremov on January 17.

As reported by the judicial administrator, the appeal against the arrest of Ephraim suffered in connection with incomplete structure of the panel of judges.

We will remind, the General Prosecutor of Ukraine (GPU) 9 December 2016 completed a pre-trial investigation in criminal proceedings on suspicion of the ex-head of Party of regions Alexander Efremov.

January 4, Prosecutor General Yury Lutsenko reported that the GPU sent to the court indictment in criminal proceedings on Ephraim about the Commission of several crimes. Among other things, the former head of the Party of regions is accused of treason, promoting so-called “LNR”, etc. 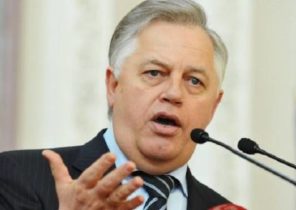