The Minister of foreign Affairs of Ukraine Pavlo Klimkin and foreign Minister of Austria, acting head of the Organization for security and cooperation in Europe (OSCE) Sebastian Kurz arrived in Mariupol. This reports the press service of the foreign Ministry of Ukraine.

The purpose of the visit is to familiarize the foreign Minister of Austria at the beginning of the presidency of this country in the OSCE with the state of implementation of the Minsk agreements, socio-economic situation in the region due to the military aggression of Russia against Ukraine, as well as charitable projects with participation of Austrian humanitarian organisations.

Klimkin and Kurtz are going to discuss the plans of Austria’s OSCE chairmanship in 2017, aimed at resolving the conflict in Ukraine.

Planned, including a discussion of the prospects for the deployment of armed police mission of the OSCE in certain districts of Donetsk and Lugansk regions and strengthening the capacity of the Special monitoring mission of OSCE in Ukraine to implement effective monitoring and verification of the implementation of the Minsk agreements.

There is a scheduled meeting of Ministers with the leadership of the local regional, city administrations and the members of the Special monitoring mission of the OSCE.

Recall, Kurtz said earlier that Austria, during its presidency in the OSCE in 2017 will insist on the lifting of sanctions against Russia. 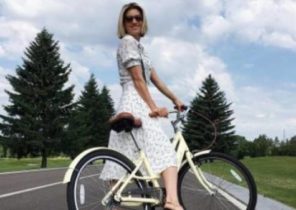