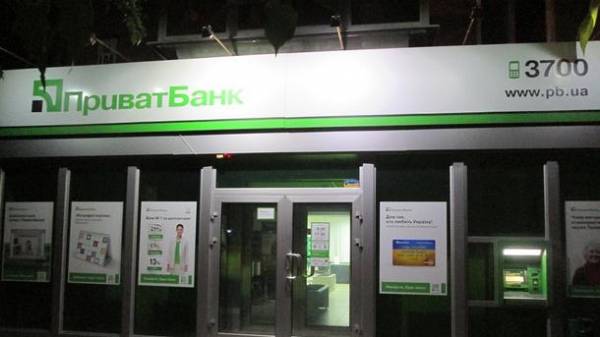 The head of the Board of PrivatBank Alexander Shlapak intends to leave his post. The Bank’s Supervisory Board may consider his statement at the end of July. Until Shlapak will carry out their duties. According to experts, banking system, his resignation will not affect, and who will replace him.

As the press service of PrivatBank, Shlapak fully fulfilled its tasks regarding the stabilization of the situation in the Bank and audit of its financial condition.

“According to reports of the Supervisory Board of PrivatBank, Alexander Shlapak accepted the challenge to head the country’s largest Bank after the transition to state ownership in a period of great risks and uncertainties. Thanks to the successful program of anti-crisis management under the leadership of Alexander Shlapak, the Bank was stable and had secure its stable development”, – stated in the message.

The decision Shlapak to leave the post of Chairman of the Board of PrivatBank is, most likely, his initiative, told the “Today” political analyst Volodymyr Fesenko. So, at the head of the Bank he fulfilled the tasks of the transition period, stabilized the situation, but to stay for a long time and solve other problems he doesn’t want, he said. In addition, there is a possibility that Shlapak had initially agreed to head the Bank temporarily, he said.

“I think it’s rather his decision. He understands that around the PrivatBank after the nationalization of a lot of conflicts, a lot of contradictions. And, although managed to solve the first layer of problems, still a lot of the problem is, – said Fesenko, – It is, rather, a crisis Manager, very efficient, very professional, but he doesn’t want to take excessive load and stay long. It is, rather, performs some work, solves the most complex problems, then goes away. That’s his style.”

Moreover, the expert notes that, according to some reports, Shlapak has health problems.

According to economic expert Boris Kushniruk, initially Shlapak appointment to the post of Chairman of the Board of PrivatBank was logical – he’s not only a good specialist, but before that worked in the structure. In this regard, he had built a relationship with the owners of PrivatBank. However, given that after the nationalization of PrivatBank situation in the relationship between previous owners and current state is difficult, it leads to the fact that Shlapak need to take a confrontational position in relation to the previous one, the expert believes.

The second aspect is that Shlapak was a good performer, but not a real first person at the Bank, said Kushniruk. Moreover, part of the problem was that Board members were appointed to it, that is was not his people. He found himself in a situation in which he was not very comfortable. According to experts, these factors became the reason of his desire to leave the post. Moreover, the information about the possible resignation Shlapak appeared in the February-March 2017, said the expert.

Another reason for the resignation of the head of the Board of PrivatBank could be that he is preparing to head the national Bank of Ukraine, the Chairman of the Committee of economists of Ukraine Andriy Novak.

“What now Shlapak resigned probably due to the fact that it is prepared for the position of head of the NBU,” – he said, – It is not a standalone player. He’s a performer so he says – so he does – as for the appointment, and the dismissal”.

According to political analyst Vladimir Fesenko, such a possibility is not excluded, but the question is if he’ll agree to do it.

“If you can talk him into it if he considers that the current situation the national Bank will allow him to work in a sparing mode and that he will be able to avoid those problems and contradictions faced Gontareva (head of the NBU Valeria Gontareva, who also resigned – Ed.) – then he will agree. If not, if he would understand that this is the same “chair” on which he was sitting Gontareva, and the time left, then why should I sit?” – said Fesenko.

In addition, this issue need to understand, will the President of Ukraine Petro Poroshenko to support his candidacy. Despite the fact that the conflicts in their relationship no, the harmonisation of personal and political interests always delicate, said Fesenko.

However, according to Kushniruk, head of the NBU should be macroeconomist, not a banker. In addition, the head of the regulator must be independent, to be able to defend their positions and, on the one hand, to ensure the stability of the national currency, and with another – to promote the development of the economy.

According to the press service of PrivatBank, Shlapak’s statement of resignation, the Supervisory Board may consider in late July. According to experts, this body approves it formally, but de facto the decision will be taken at the level of head of government or President.

“Formally, will be the decision of the Supervisory Board. This body will make a decision about removal and appointment. But we understand that this authority will execute the decision, which will be informally accepted by the President and the Prime Minister,” says Kushniruk.

Another issue is that who will replace Shlapak on the post of the Chairman of the Board of PrivatBank. According to Andrew Novak, nominee of the successor is particularly important in the current situation.

“It’s absolutely irrelevant, because it will also be the executor of the strategy that was chosen by the President and the tip – capitalization of PrivatBank and its sale,” he said.

On the banking system of care Shlapak not affected

The banking system of Ukraine will not feel the change of the head of PrivatBank, experts say. According to Vladimir Fesenko, Shlapak has managed to stabilize the situation in PrivatBank. Though he did not solve all the problems with it, the current situation looks much less critical than it was at the end of last year. Therefore, care Shlapak will not cause the emergence of new, he said.

“The situation does not change, because the government actually already filled to 116 billion and another 38.5 billion said to fill. From the point of view of formal liquidity the Bank is liquid. Another thing is that it’s all done out of our pocket, because with this budget, and will be public debt, and to pay this debt will have to all citizens of Ukraine”, – said Boris Kushniruk.

Recall, PrivatBank was nationalised in December 2016. The whole procedure took 72 hours. The reason is that “Private” could not execute the recapitalization program. The Finance Ministry and the NBU had already stated that the move to the state was the only viable option to save financial institutions. At the same time, the former beneficiary of “Privat” Igor Kolomoisky insisted that PrivatBank was the victim of the “tyranny of the NBU”. Later Kolomoisky contested the nationalization of a Bank in court.