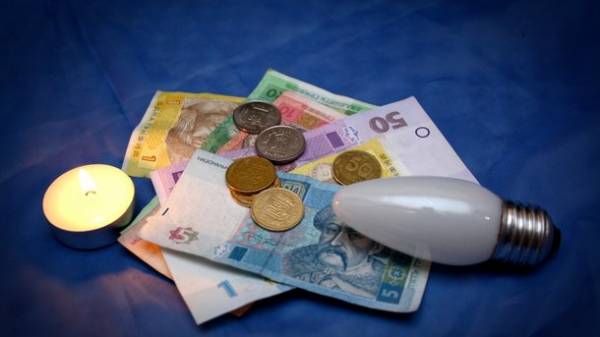 In 2017, the subsidies have appointed more than two million households, it is only 50.9 per cent of those who wrote the application. During the same period of last year got a discount of 11.2% more Ukrainians. At the moment the grant has issued approximately seven million families. Allocated 47 billion hryvnia over. The government has accumulated tens of billions of debt to the suppliers of public services. The Cabinet has decided to increase budget revenues and provide subsidies to an additional 14 billion hryvnia. Appropriate changes Parliament had already adopted in the first reading.

One of the ways to save money on subsidies to tighten the requirements for subsidianes. This year the program of grants reviewed. The website “Today” to find out why the Cabinet has revised the eligibility requirement for utility rebates.

Subsidies to Ukrainians counting two times a year: for heating and non-heating seasons. It happens automatically. This year the social security authorities due to the large load do not have time to reassign subsidies, the Ukrainians received bills for may discounts. The Ministry of social policy explain: the payment for June will be considered for the subsidy for two months, as the bodies of social security, for technical reasons, are unable to recalculate the discount on time.

For most Ukrainians the subsidy after the recalculation will be lower. This is due primarily to revenue growth. Until may, the Ukrainians received a subsidy based on their income for 2015, and after the recalculation will take into account the income from April last to March this year. During this time, increased pensions, amended the minimum wage and indexed social standards. The approximate size of their subsidies any family can find yourself.

We need to calculate the average income per family member, to divide this amount on two living wage to increase by 15%. The resulting figure is the percentage of the total income, which needs to pay for communal. Rest up for the subsidy (within social norms). Proportionally to the increase in income will increase the amount of “mandatory payment” and reduced the size of the discount.

See ALSO: How to change the amount of subsidy for families with two minimum wages

It is worth considering that each of the unemployed, but able-bodied member of the family include income in the amount of two living wages. In may 2017 the subsistence minimum increased from 1544 until 1624 hryvnia.

For that you can take the subsidy

A few weeks ago, the government radically revised the program of grants. Now if it turns out that the family received a subsidy is illegal, all size “unnecessarily” used subsidies will have to return to the state. The money or write down as a debt for a communal flat, or need to return through court.

Subsidiary shall within one month inform the social security authorities: if someone was discharged from the apartment, if changed the composition of the family, if you have changed your financial situation, if the purchase was made in the amount of 50 thousand hryvnias. According to the decree of Cabinet of Ministers No. 300, for “not informing” the subsidy can be withdrawn, and used the discount to get back.

For example, if it turned out that the family made a purchase in 2016, but got a discount this year, the whole amount of used subsidies will have to return to the state.

For that you can take a discount:

Among the offenders – those who rents an apartment and does not indicate the rental income in its Declaration. The family has the right to issue a grant only in the apartment in which she lives. To take shelter is decorated with a subsidy violation. If the social inspector will notice, the discount can collect not only in the apartment, which I rent, but in the apartment where lives the landlord. It is worth Recalling that the issue of subsidies in the rental housing you can, but have to do it one who rents, not one who leases. In this case, when the discount calculation will take into account the income of the tenant.

We will note, the bill, which are planning to expand the rights of social inspectors, already registered in the Parliament under the authorship of the Prime Minister. How will work the “audit”, can be found here.