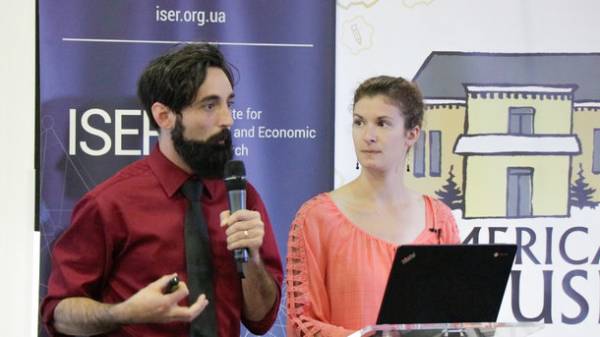 Wes Granger works with people with disabilities twenty years after moving to New Zealand. Two years later he came to Longmont (USA), where he began working with children and adults with challenging behavior. Wes also three years, helped raise three adopted teenagers with disabilities. He is now completing training at the training school of nurses. Kiev Wes called for the team of experts to share their experience of helping children with disabilities, at the invitation of the Institute of social and economic research. As the expert says, the situation of children in Ukraine, like America 50 years ago.

Experts say that children with disabilities are very difficult to socialize in boarding schools and get some experience. Also, the child may not receive the necessary social skills that would affect cognitive development and, in principle, on the General development. “Much more benefits when a child remains in the family, and family members are taught how best to handle it. My friend spent his childhood in a boarding school. Every time I ask about the time she was crying. All of her memories are terrible,” says Wes.