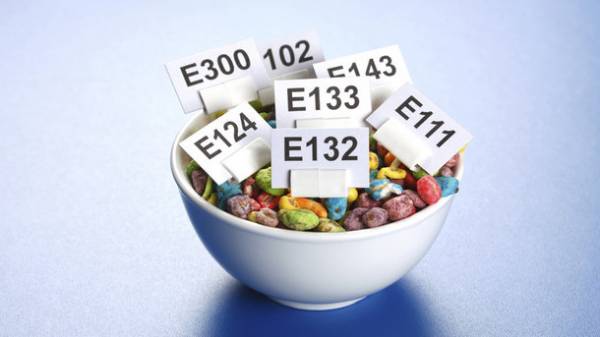 The Ministry of health continue to engage in “healthier” food of domestic production. The latest initiative of the acting Minister of health of Uljany Suprun — to limit the use in food of TRANS fats to 2% and to oblige producers to place on the label information about the “bad” component. Earlier, officials also wanted to ban GMOs, to limit the use of some artificial sugar substitutes and sweeteners. If these changes are approved, food manufacturers will have to change not only the labeling of their products but also their recipes, which will certainly impact on prices, writes UBR.

The Ministry of health believe that reducing consumption of TRANS fats impact on health of Ukrainians in the most positive way. Because they provoke the development of cardiovascular diseases and obesity. The food industry retort — “dangerous” ingredient helps maintain a stable taste of the product and extends the shelf life, so it is massively used in the production of semi-finished products, confectionery products, dairy products, food from fast food.

Not spared the legislators and the issue of genetically modified products. So, in July 2016 registered the draft law on the introduction until 2023 moratorium on the cultivation of GMO crops and their processing. However, the entry into force of the moratorium was postponed for a year.

A bill to restrict the circulation of some artificial sugar substitutes and sweeteners in Ukraine was prepared in October 2013. According to him, was supposed to prohibit the importation and use of certain food additives with index e. In particular, they talked about artificial sweeteners “E420-Sorbitol”, sorbitol syrup, sweetener “Е950”, “Acesulfame potassium”, “Aspartame”, and several others.

It is proved that uncontrolled use of sugar substitutes is fraught with undesirable consequences for health. For example, disorder of the gastrointestinal tract, nausea, vomiting, diarrhea. Therefore, the package must be a warning sign. In particular, the EU countries have a limit on the daily intake of aspartame is 40 mg per kg of body weight. For saccharin not more than 15 mg/kg. In principle, in the EU today there is not a single sweetener, which would not prescribed in the marginal rate of consumption.

According to the head of public safety, Yuri Gavrilechko, a large part of domestic food products from the point of view of presence in them of TRANS fats, GMOs, sweeteners, etc., not only harmful but in some cases even poisonous.

“However, to generalize the product segments in which “bad” items more or less useless. Even from the same manufacturer, the percentage of such additives can vary from batch to batch,” said he.

According to the Director of the Ukrainian Association of trade networks suppliers Oleksiy Doroshenko, “harmful” components of use even for those producers who will ultimately save a dime. “For example, bakers on using the same TRANS-fats, sweeteners, etc., save in terms of one product is really a few cents. But if you multiply all this by the number of produced products per year, their profits only through “experiments” can be in the thousands of hryvnia,” — emphasizes the expert.

Moreover, experts say that if earlier the share of “bad” products with TRANS fats, a different kind of “eskimi” and GMOs were not more than 5-7%, now it can reach 50%.

“Even when conscientious producers see that their competitors do not disdain such methods, they think — and whether they extra to spend on the required labeling or change in recipe? And how much would consumers and conscientious producers tried to appeal to the relevant authorities urging them to remedy the situation, while it does not work” — said Doroshenko.

Experts say that the introduction of mandatory labelling indicating the exact composition of the product, whether it’s TRANS fats or sweeteners — the right thing, however difficult.

Many manufacturers not only clarify the product classification of “E” and TRANS fats, but do not say anything about them.

Thus, the chief of analytical Department of the consulting Agency “AAA” Maria Kolesnik believes that consumers should have an informed choice, that is, all ingredients must be clearly indicated. “And in this font so it was readable. Alas, very often on the packaging indicates the presence of “E”, but what lies under this designation, the consumer does not know” — said the expert.

According to her, this may be the usual citric acid, and harmful dye. Also stresses that, as a rule, harmful TRANS fats it contains, in most cases, generic paid and the cheapest products — the one that is sold by weight, and the consumer does not have the ability to see the composition.

“These producers share in the cost of harmful ingredients the more weighty and replacing them with safe will cause revision of prices”, — said Kolesnik.

However, many manufacturers do not only does not specify in the product classification of “E” and TRANS fats, but do not say anything about them. “Cases when the manufacturer is silent about the true composition of the product at the labelling is sufficient. To summarize, what food to occur more or less frequently — it is impossible. However, the reason for this is quite clear — to mislead a buyer and get more profit here and now”, — said Havrylchenko.

For example, when buying butter indicates the composition of the cream 73% fat and water. But in fact it turns out that cream there may not be General, but only palm oil, dyes, stabilizers, etc.

New orders and the new prices?

Kolesnik believes that the prohibition of dangerous ingredients for many manufacturers may cause revision of prices. “Although in General, the rise should not be more than 2-5%,” — concluded the expert. However, higher prices do not necessarily have to be all without exception.

“If all of these initiatives will take effect on the final product cost, it should not affect, as all frauds of this sort on this hidden income, although there are exceptions. It all depends on competition and the functioning of the judiciary”, — said Havrylchenko.

According to him, without these two elements, prices will rise regardless of which rules are required to comply with manufacturers.

Experts emphasize — despite all the urgent legislative initiatives, the main problem is that the state does not comply with the rules of the game. According to Doroshenko, the laws governing the food standards those or other “harmful” substances in Ukraine exists since 2014. It was then accepted and approved all the required standards.

“These rules require to adhere to the necessary standards for the labeling of products not only producers but also sellers. But, alas, today, they are not respected. The government, which must control this process, this function does not perform,” says Doroshenko.

Experts agree — in matters of security products should focus on the European experience.

“If in the EU, some substance is prohibited, Ukraine should first weigh the pros and cons before to allow it. If we want to export their products without restrictions, the “harmful” ingredients necessary to prohibit,” said Kolesnik.