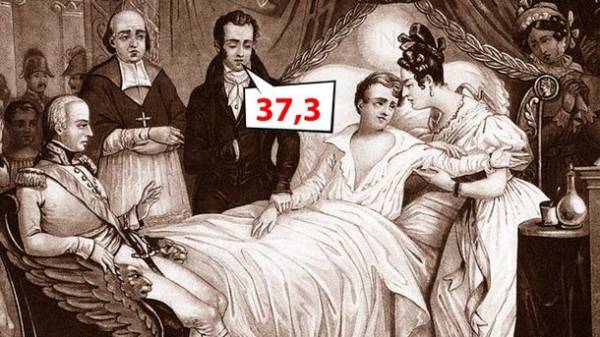 “The apartment was quiet conversations,
The night light is burning barely.
Dark… omitted all the curtains…
My husband is thirty-seven and two.” a joke’s a joke, but most men really do suffer from colds more than women, says Lifehacker.

The scientific journal Brain, Behavior and Immunity has published the results of experiments in which laboratory mice were infected with bacteria, causing symptoms similar to the flu. Males have revealed more symptoms than females. Adult males were observed more severe changes in temperature of the body, the inflammatory process was more pronounced, and the disease was longer.

These experiments do not prove that people are all going the same way. But the microbiologists were able to establish that in humans, as in mice, the cells of the men’s immune systems have more active immune receptors sensitive to specific pathogens. Professor of molecular Microbiology and immunology, school of public health at Johns Hopkins University Klein, Sabra (Sabra Klein) believes that we feel sick because the body gets the germs and viruses. Our health is a reflection of the body’s immune response.

The male body gives a stronger immune response than females and are attracted to fight the virus more immune cells. So painful in men are more pronounced.

According to the theory put forward by a group of Cambridge University scientists, evolution was generous to a strong immune system for men. The reason for this is attraction of men to risk. For millennia they killed in hunting and war, and are not particularly eager to live peacefully to old age.

Maybe evolution hasn’t given men a strong immune system, thinking that it makes no sense to protect those who are constantly risking his life.