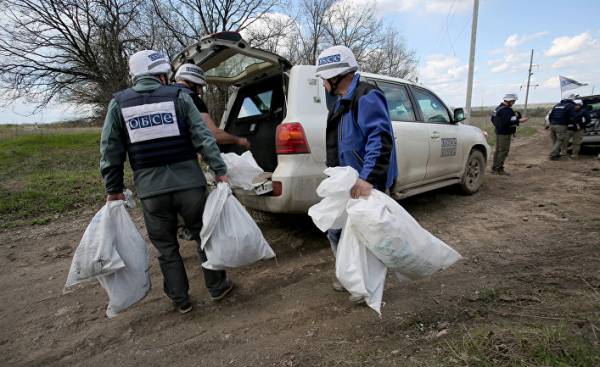 Any peacekeeping mission has a mandate. And if there is at least a hint on the use of force, countries that contribute troops, very wary of this attitude. Many do refuse to participate in such missions.

The OSCE mission is purely observational, there is no military, and it does not provide for the use of force. However, the militants “LC” and “DNR” do not hesitate to attack her (only for may 18, there were two incidents: first, the militants ORDO shots from a machine tried to expedite departure of the car of the OSCE SMM patrol, then near Dokuchaevsk gunman threw a smoke grenade a few meters from the SMM, the OSCE, even before one of the militants had assaulted a female member of the OSCE and to the OSCE SMM vehicle hit a landmine, killing the observer, — the UNIAN).

Such action — a demonstration of the fact that the OSCE staff can be victims, in order to destabilize observers, to sow an atmosphere of fear. And, besides, it is a kind of warning to countries that contribute troops, they say, when you recruit volunteers, just tell them that there may be casualties. Indeed, in this case, indeed, to you who are in the observers go?

It is particularly important that all these attacks started just at the time when the resumed talk about a possible extension of the OSCE mission, which will expand the mandate that it would be a police mission that will control the border, etc. Because the militants and gave the signal OSCE: “ay-ay-ay! No!”.

In addition, the OSCE mission allowed to enter certain facilities in the territory of “LNR” and “DNR” for verification of the compliance agreement. And such attacks, the militants tell them that you can not on all objects, but only there, “where necessary”, “where we made a picture, go home, otherwise, step right, step left — shoot”. It is, therefore, the militants are advised OSCE monitors not to stick your nose where it should not.

So militants pursued two goals — the impact on the existing mission and message that no police mission in the Donbas can not be without the consent of the insurgents.

Can this be done in order to intimidate observers from Western countries so that after a complete mission, for the most part, citizens of Russia? For me, in principle, it is not clear how this mission turned out to be Russians. Usually, if organized by the OSCE mission, the border countries are not involved at all. And, especially, the countries involved in this conflict. It is unnatural! Otherwise, this is a hint that this is not an independent contingent. Ukraine had every right to oppose participation in the mission of representatives of Russia. Because there are Russians generally turned out to be a question.

How can protect the observers. OSCE can’t do anything. The so-called “war basket” of the OSCE is empty, that is, the OSCE has neither the strength nor the means to conduct military missions using weapons. There are opportunities at the European Union, NATO and the UN. To Donbass was introduced the NATO mission, you need the consent of the UN. A consent obtained by the UN through the UN security Council, where Russia has a veto. 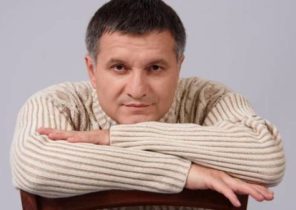