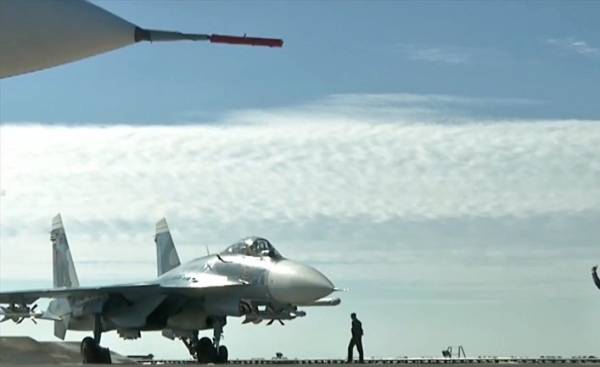 While the administration of the tramp trying to implement a plan to combat the terrorist organization ISIL (banned in Russia — approx. ed.), Russia at a staggering rate trying to fill the gap, which for many years remained in the region.

A strategy aimed at ensuring control over energy routes, Russia is planning to surround Europe to the West and South.

New move as part of a strategy to encircle Europe Moscow is doing in Libya. Began to discuss the news that Russia started the deployment of the military in Egypt with the purpose of the intervention in Libya, one of the main energy-rich countries are able to feed a deficit of Europe.

It argues that the aim of the intervention in Libya Russia places special forces and unmanned aerial vehicles in the coastal town of Sidi Barrani in Egypt, in the East of Libya. In addition, the special armed forces, directly subordinate to the Kremlin, train troops under the leadership of General Khalifa Haftorah, which Egypt supports Libya.

It is assumed that if the President of Russia Vladimir Putin will begin a military intervention in Libya, after Syria, under the pretext of fighting ISIS, it is formed in Eastern Mediterranean balances can change in a way that turned on the head the calculations of many players in the region.

The silence of Russia during the occupation of Iraq and the process called “Arab spring” was replaced by a revival in 2014 with the annexation of Crimea and the Ukrainian events, and in 2015 became an active demonstration of geopolitical forces in Syria.

Russia is one of the main countries that turned to the advantage of the military coup of 2013 against Morsi in Egypt.

The army of Russia and Egypt not so long ago strengthened their cooperation, conducting joint military exercises in the Mediterranean sea.

While last year, the Russian gas company has acquired over $ 1.5 billion 30% stake in one of the largest gas fields in Egypt’s Zuhr, and today Russia has reportedly decided to protect the strength of the Haftarot, supported by Egypt, in contrast to the West, supporting the government in Tripoli.

Also should not escape attention is the process of building close and strong relations with Israel since then, as Russia has resolutely taken up the initiative in Syria in 2015.

We have witnessed how, after the Arab revolutions and particularly during the processes associated with military coups and revolutions in Egypt and Syria, Israel is considered as almost part of the United States in the region and has deep-rooted relations with Washington, more than usual began to attach importance to Russia.

If you look at the graph of visits over the past two years, we can see that in Moscow, Prime Minister Netanyahu rides more often than in Washington.

Russia also began to develop relations with the Palestinian authority, which previously it failed to achieve tangible progress.

The new diplomatic attack with respect to the administration of Palestine and Gaza are disappointed too Pro-Israel US policy and are criticized by Arab countries because of the rapprochement with Iran is a very important detail.

The fact that in Syria, Russia and the United States agreed to a common point (the Party “Democratic Union” (PYD) people’s protection Units (YPG)), obviously, involved the newly developed Turkish-Russian relations in a very delicate process.

The emergence of the Russian flag in the district of Afrin after Manuja in the framework of an agreement with the PYD, then the murder of our soldier on the border with Hatem sniper fire opened from the area under the control of the PYD, pictures of Russian troops from YPG flags during Newroz celebrations — these events caused concern in Ankara. Especially the fact that on the sleeve of the Russian General could see the emblem of the YPG, has deepened concern.

“Those who yesterday occupied and enslaved Erzurum again today aktiviziruyutsya. Look at Russia, look at what kind of relationship and Union it has with the YPG-PYD. Russia is secretly retains its historical ambitions. All hostile powers against the Muslim, Turkish people on one front with Russia. While Russia opens its arms to the murderers of our soldiers, the USA armed them and provide them nourishment. What is this conspiracy?” — said Devlet Bahceli (Devlet Bahçeli, the far-right nationalist politician, Chairman of nationalist movement Party of Turkey — approx. TRANS.) at the rally.

Bahceli of spoken sentences, we understand what sensitive processes in the framework of geopolitical, strategic and national interests indicates our current state of relations with Russia.

In the process of the return of Russia to the Mediterranean sea map of the PYD-YPG can play the same role as the card Barzani and Talabani used in Iraq.