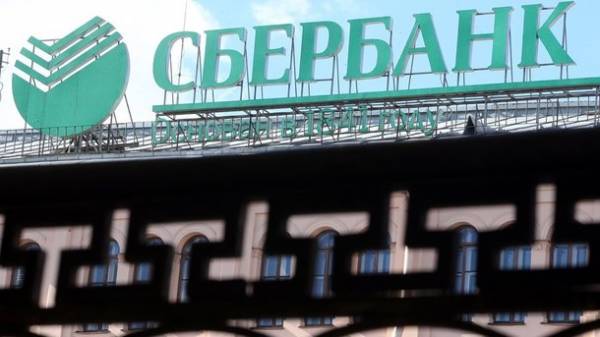 The main buyer of the Ukrainian subsidiary Bank Sberbank of Russia will perform the son of the owner of the oil company RussNeft Mikhail Gutseriev said, reports the Latvian Bank Norvik Banka, which will also take part in the transaction.

“Today, AS Norvik Banka and its main shareholder, a citizen of the UK Grigory Guselnikov, have signed an agreement to participate in an investment consortium on the acquisition of the Ukrainian division of the Russian savings Bank. The majority shareholder of the new consortium became a British citizen, said he and his Belarusian company. This transaction will allow us to offer clients a service built on the European principles of quality, transparency and accessibility, while maintaining the technological level of the Bank,” according to Norvik Banka.

In the message about the kinship of the investor nothing is said, however, there privedennaya biography − studied at harrow and Oxford, working in Glencore − coincides with the biography of the son of the owner of RussNeft.

Said he was the son of the principal owner of the group “BIN” and “RussNeft” Mikhail Gutseriev. General Director of “Forteinvest” is a shareholder of NPF “European pension Fund”. Sayid was born on 18 April 1988. Graduated from a prestigious private school harrow in England, and then Oxford University.

In England he worked for Glencore. At the end of 2014, after 17 years of living in England, he returned to Russia and held the post of Director of the company “Forteinvest”, a member of the BIN group and which owns the Orsk refinery. Is a shareholder non-state pension Fund “European pension Fund” (Joint stock company), also included in the group “BIN”.

Holds 100% of shares of Ophelias trading limited (OPELIANCE TRADING LIMITED), in its favor Woodbrid limited (WOODBRED LIMITED) is the registered holder and the Trustee 100% of shares of Ophelias trading limited. Along with Mikail Shishkhanov and Sait-Salam Gutseriev is the ultimate owner of NPF “European pension Fund” (JSC), JSC “NPF Doverie, NPF regionfond (AO). It is known that in the summer of 2015 these three funds bought about 10% stake in Promsvyazbank.

We will remind, on March 27, it became known that a consortium of investors consisting of Norvik banka’s Latvian and Belarusian private company acquires 100% of shares of Ukrainian “daughter” of Sberbank.

As you know, on March 12 in different regions of Ukraine activists filled in the ATMs of “Sberbank” foam, and March 14 in Kiev, walled up one of the branches of the Bank. Later Deputy head of the NBU Ekaterina Rozhkova has addressed to law enforcement bodies with the request to ensure the uninterrupted operation of Bank branches.