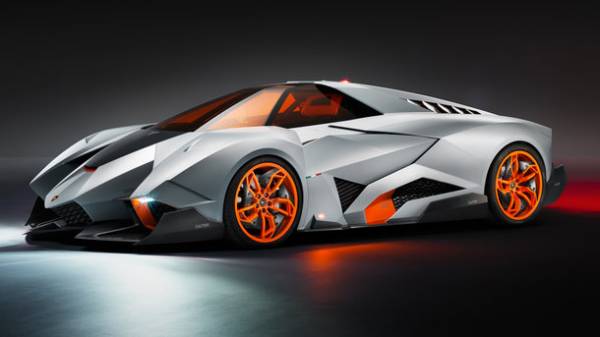 Since then, the Italian Ferruccio Lamborghini decided to build not only tractors, but also sports cars brand Lamborghini “spawned” a number of very unusual concepts. About them today and we’ll talk, – writes “Popular Mechanics”.

Lamborghini 350 GTV (1963). The first in the history of Lamborghini. The prototype was developed very quickly to the Turin motor show in 1963, and the engine to build it did not, and therefore in the engine compartment compartment to weight lay… bricks. But visitors to the motor show did not notice. The design has developed Georgiaprivate by order of Ferruccio Lamborghini, the car was a vision of a “proper” sports car in contrast to Ferrari, which where considered imperfect. Subsequently, the concept became the basis for the production model of the Lamborghini 350 GT. 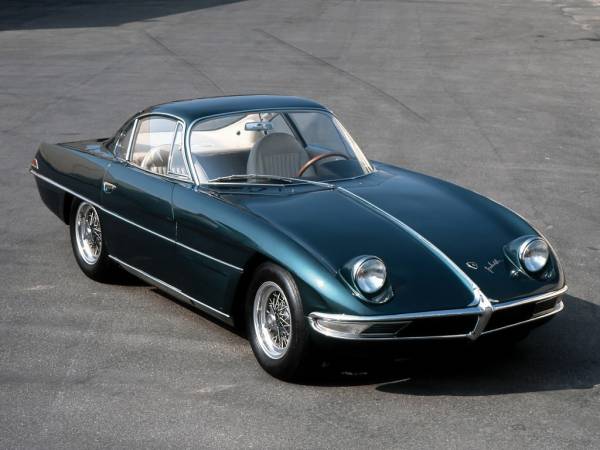 Lamborghini Monza 400 GT (1966). The production model of the Lamborghini 400 GT was the logical continuation of the first Lamborghini 350 GT and looks like the first prototype 350 GTV. But in 1966, the designers Giorgio Neri and Luciano Bonacini on their own initiative built on the chassis of the 400 GT’s own version of the body. The car was originally called 400 GT Neri & Bonacini, was shown at the auto show in Barcelona and sold to an independent buyer. Again he was discovered only in 1996 in a random garage, renovated and sold for 160,000 pounds at auction Bonhams. 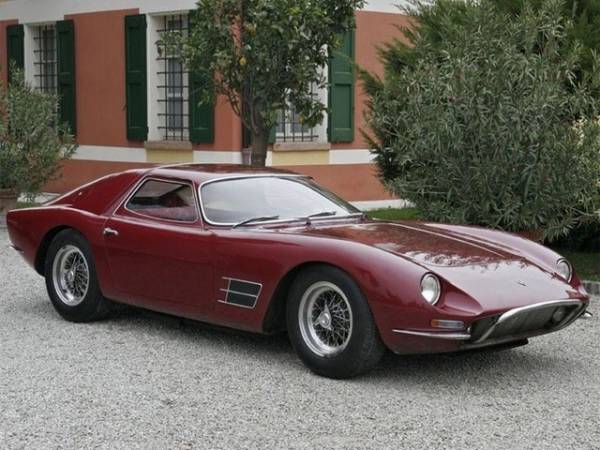 Lamborghini Marzal (1967). The first full-fledged quadruple concept car company, designed by Bertone. It was, in fact, the demonstrator of a new concept. The car has survived and was recently sold at auction for $ 2 million. 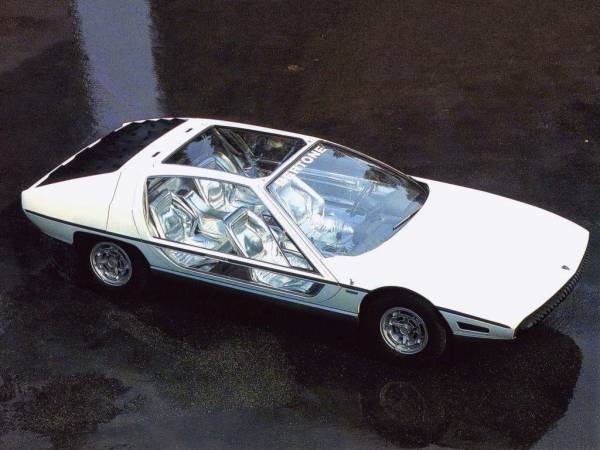 Lamborghini Bravo (1974). In 1974, the collaboration of Lamborghini and Bertone were successful in mass production got in the future the most successful supercar companies, Lamborghini Countach model that has revolutionized the whole world of sports auto. In the same year in Turin was shown another concept car design Bertone model Bravo. A car with a 300 HP engine was on the test more than 270 000 (!) miles served as the technical Foundation for many subsequent developments of the company. 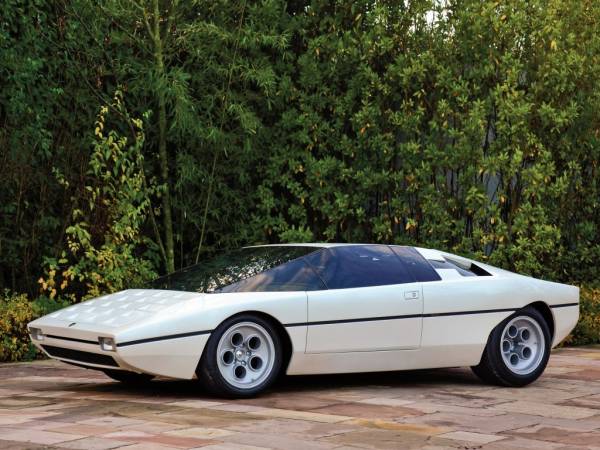 Lamborghini Cheetah (1977). The first SUV of company — we wrote the whole material 10 SUVs of Lamborghini. Cheetah was developed in cooperation with the company Mobility Technology International (MTI) as an attempt to win the us army contract. As you might guess, the tender was eventually won by the legendary Humvee, and Cheetah formed the basis of the production SUV LM002. 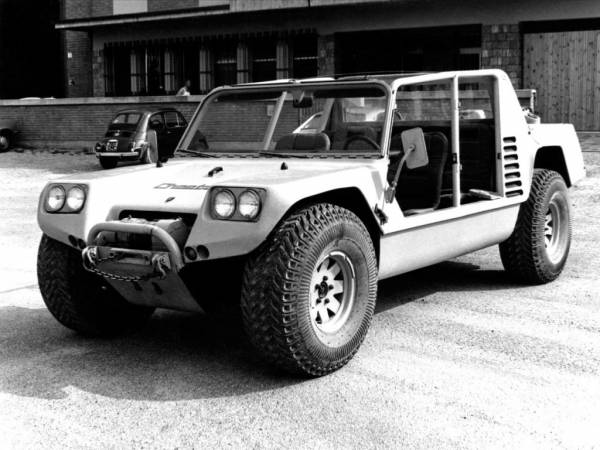 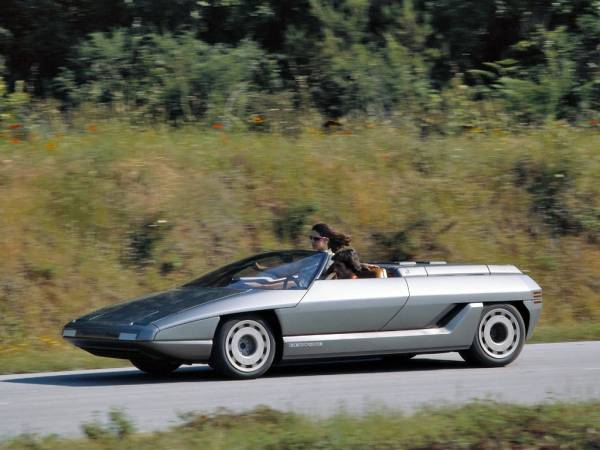 Lamborghini Portofino (1987). Car designed for Lamborghini chief designer of Chrysler Kevin Verdana. The car was in fact a hybrid of Italian sports car and utilitarian “American”, even the logos of the two companies was stylistically inscribed into one another on the hood. An unusual technical solution was Lambo-doors (or doors of guillotine type, as some say), and all four, and rear — with rear hinges. 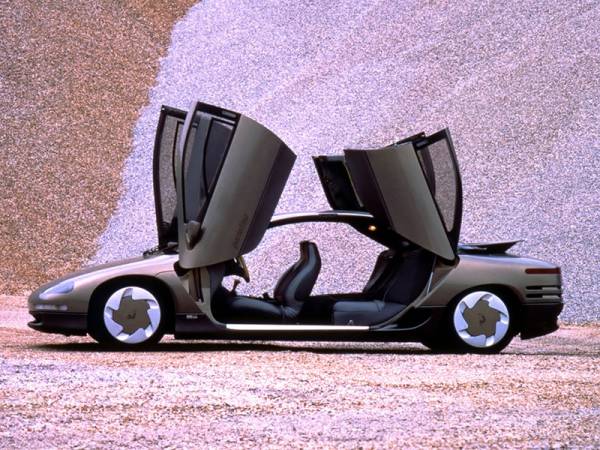 Lamborghini Raptor (1996). Aggressive concept car designed by Zagato Atelier c 12-cylinder 496-horsepower engine from the Diablo. At the moment of the machine it was announced that a pre-production sample, but “Raptor” and remained in a single copy. 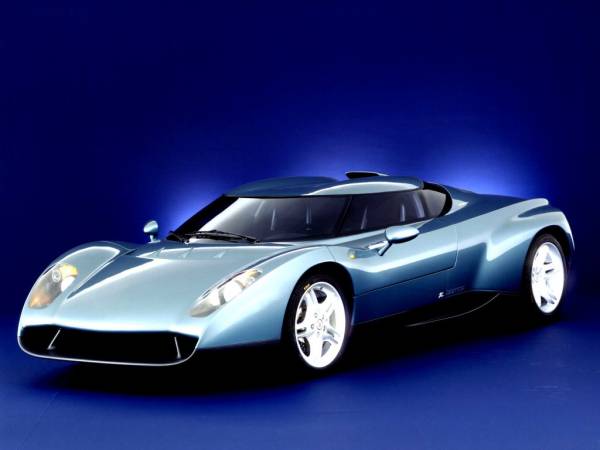 Lamborghini Estoque (2008). Not very successful attempt to develop a four-door “family” sedan, of course, of the highest class. It was assumed that equipped with 10-cylinder 5.2-liter engine car will cost about $230 000, but marketing studies have shown that this class of car from Lamborghini no waiting, and a programme of performances Estoque in the series turned. 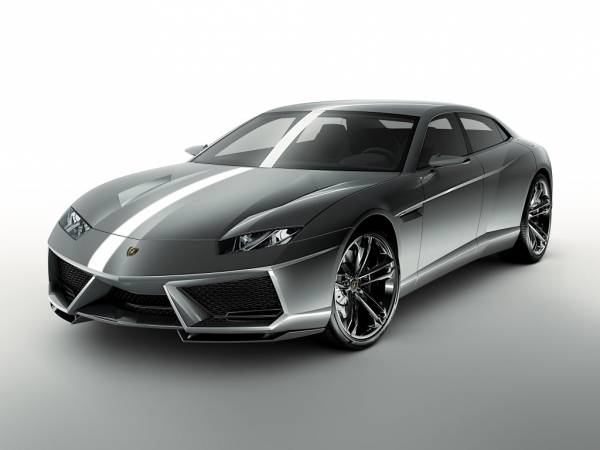 Lamborghini Egoista (2013). Single, as you might guess from the title, supercar, shown at the 50th anniversary of the company and, according to designer Walter de Silva, erecting selfishness in the extreme stage. Doors have no car, swung inside the hood of the cab. 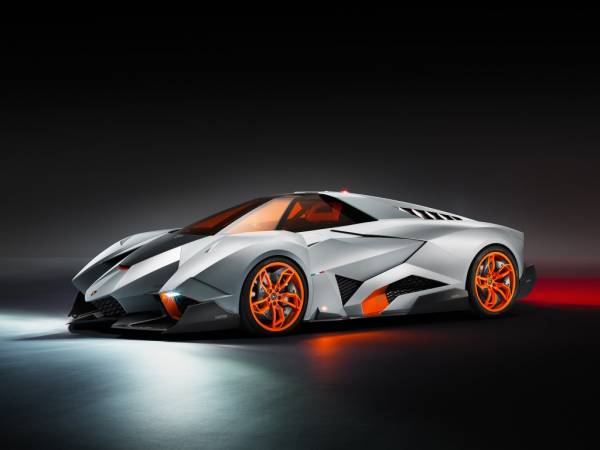