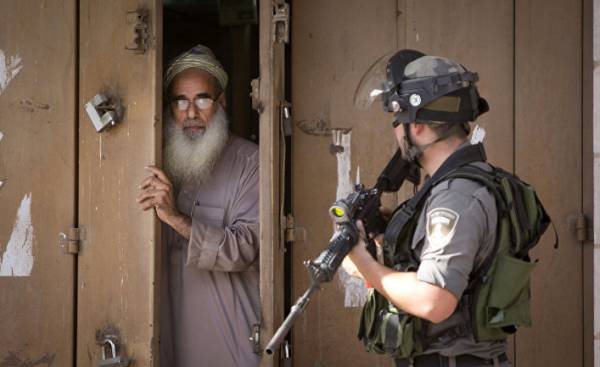 Thus, despite the vociferous media reports, trump does not negate U.S. support for a two-state solution, but rather indicates its willingness to consider alternatives, if they agree the Israelis and the Palestinians. With this in mind, important considerations trump his statement does not support etnogosudarstvovedenie solution in the traditional sense. Perennial sociological opinion polls show that Israelis and Palestinians a slight majority support the decision on the basis of creating two States, but they are strongly against etnogosudarstvovedenie the device, seeing it as a recipe of sharp hostility and civil war. The latest survey on this topic was carried out in 2016, and organized his Khalil Shikaki (Khalil Shikaki), head of the Palestinian center for political and social research (Palestinian Center for Policy and Survey Research), and Israeli Institute for democracy (Israel Democracy Institute). As a result of the survey revealed that 68% of Palestinians and 64% of Israelis are against a single state. Forced to drive both Nations into a single polity is not the answer, says most people living on this territory.

Does this mean that the hype around the trump baseless statements? Not quite — because direct etnogosudarstvovedenie solution for two Nations does not negate the possible alternatives to the classical model of a two-state device. In fact, a hybrid solution that combines elements of separate States with a common General and administrative-territorial device, developed and proposed for quite some time, and they are becoming more. These models offer very different people, such as scientists are left-wing, EU officials and the Israeli President with the right views. Today, when a statement was made by trump, it was time for them.

In 2013, the Director of political planning of the us state Department Anne-Marie slaughter (Anne-Marie Slaughter), now teaching at Princeton politics and international Affairs, offers a radical alternative to simple formulas etnogosudarstvovedenie and a two-state solution. She called it “condominiali”:

The main idea is that Israelis and Palestinians will be citizens of two different States, and therefore will identify with two different organs of political power. Palestine is considered a state for the Palestinian people and Israel as a Jewish state. But “condominiumized” both Palestinians and Jews will have the right to settle anywhere within the territory of one of the two States, and thus, the two countries will form a single bi-national community settlements.

In August 2015, Israeli President Reuven Rivlin (Reuven Rivlin) went even further slaughter and called for the establishment of the Israeli-Palestinian “Confederation”, consisting of two formations with open borders and a common army. Classical liberal Rivlin, fluent in Arabic, consistently defends the rights of Palestinians in Israel, that abroad his praise, and the house threatening to kill. His proposal of a Confederation applauded the extreme left, and then it got totally unexpected support.

In October of the following year, European Parliament President Martin Schulz (Martin Schultz), now levelingbut which is the main opponent of Angela Merkel in fight for a post of the Chancellor, in his speech in Dusseldorf also put forward an alternative to the traditional formula on the basis of creating two States. “Peace in the middle East only if the mother of all conflicts, what is the conflict between the Israelis and Palestinians will be allowed, and both peoples will live together in two States or in the Confederacy,” said he.

What does this Confederation? Last spring, scientists scheindlin, Dahlia (Dahlia Scheindlin) and Dov Waxman (Dov Waxman) stated in General terms, one of its versions on the pages of the journal Washington Quarterly. Their scientific article, they are briefly summarized in the Guardian:

Despair caused by erroneous notion that other options exist. But there is an alternative. It combines elements etnogosudarstvovedenie and a two-state device. This is the Confederate concept of the existence of two sovereign States with open borders between them, with the freedom of movement and residence, and with some limited joint management. Let’s call it a two-state approach 2.0.

The basis for the border is the ceasefire line of 1967, but it will be another border, not today’s concrete wall height of nine meters. It will allow people from both sides to move freely and visit their Holy places, to work, to shop, to communicate. In short, to breathe.

In addition to open borders, another key difference between this approach and the traditional two-state solution is that there should be no linkage between citizenship and place of residence. Each state will have its own policy in matters of citizenship, including the law of return, but the citizens of one state would be allowed to live in another (in the EU), and each state will set their own limits on the number of non-citizens receiving the right to permanent residence in its territory…

And the last important difference between the traditional two-state device and the Confederation is to create some common institutions and legal mechanisms for facilitating cooperation between the two countries, not only in security matters but in economic development, joint use of resources (e.g. water). This will help to ensure economic equality and prosperity is to create the conditions for a state of insolvency, if the new Palestinian state will simply remain alone with their problems. Close cooperation in the field of security will be of paramount importance. But it will be between two independent States, in contrast to the current cooperation in this field, where Palestinians are in the majority believe that their autonomy acts as contractor for foreign military ruler.

Sheindlin and Waxman also carefully considered his concept applicable to painful problems of the settlements, Palestinian refugees and Jerusalem. They presented their views on how the Confederation will create new tools to address these intractable problems before, erasing the boundaries and giving citizens complete freedom of choice of residence and movement within the entire geographical area of Israel / Palestine.

Unlike a simple etnogosudarstvovedenie and a two-state solution, the parties did not discuss seriously the new hybrid approach and did not conduct public opinion polls. But now, when Israelis and Palestinians have demonstrated that they are unable to reach agreement on the basis of creating two States, and at the same time strongly oppose etnogosudarstvovedenie solutions such compromise approaches may well be the way forward, if they fully develop and properly presented to the population.

Thus, trump wittingly or unwittingly opened the door for more creative thinking and out of the Israeli-Palestinian impasse.

Yair Rosenberg is a writer in the Tablet and the editor of the English-language blog of the Israeli National archives.