One hundred years have passed since the overthrow of the last Russian Tsar, but dreams of renewed Empire of the Romanovs still alive. There is a pretender to the throne — Prince of Germany.

The Chairman of the Monarchist party of Russia, in the past the businessman, the Deputy of the state Duma of Russia and a fighter for social guarantees Bakov not lose hope to revive the Empire of the Romanovs. Now for this new found territory — the Islands of Kiribati, or rather, three of them uninhabited atolls. In an interview with Radio New Zealand said the wife of the Prime Minister of the future “the Romanov Empire” Marina tanks. The heir to the Russian throne is also found: Nicholas III, passport — Prince Karl Emikh Leningorski (Karl-Emich zu Leiningen). It’s pretty well known figure, not only in the aristocratic circles of Germany.

For several years Karl Emikh pleaded with his younger brother Andreas, who challenged the rule of Charles Amiga in Leningradskom house. The fact that the second marriage (his first wife died in a car accident) the Prince married the well-born noblewoman, a woman of ordinary bourgeois family. According to the laws Leningradskogo home, taken in 1897, this marriage was considered morganatic, and the father of the Prince in his will declared the successor of the younger son, at the same time depriving Charles Amiga and a huge inheritance.

The Prince tried to challenge and Testament, signed by the father under not too clear circumstances, three weeks before death, and the legality of the deprivation of his birthright for choosing the “wrong” spouse. The case went to the constitutional court of Germany, which, in the end, rejected the claim of the Prince. Not helped by the fact that reaching the litigation, Karl Emikh divorced “bourgeois” wife, which, by the way, then managed to further improve their social status: she was married to the head of the Ismaili Aga Khan IV.

All this scandal did not affect, however, the right of Karl Amiga to the Russian throne. However, not all the descendants of the Romanov dynasty and not all monarchists recognize this right, but the majority still believe it was Karl Amiga a top contender (even theoretical) on the Imperial throne. Karl Emikh — grandson of the eldest daughter of Grand Duke Kirill Vladimirovich, cousin of Nicholas II. In 2013, Prince Leningorski to Orthodoxy (by the way, along with third wife, Isabella Countess of Egloffstein) and since then he calls himself Nikolai Kirillovich Romanov. With regard to the establishment of the State of the Imperial Throne (by analogy with the Holy see, i.e. the Vatican), then this idea is the former Deputy of the state Duma of Russia Anton Tanks carrying for a long time. The plans were hometown Bakova Yekaterinburg (Prince Leningorski, sorry, Nikolai Kirillovich Romanov, even a letter to Putin wrote about it), the Adriatic coast, the cook Islands, now the Tanks stopped at the Islands of Kiribati.

Patriots on the island!

The German magazine Spiegel writes that Bakov willing to invest in this project $ 350 million, in particular, to build on one of the uninhabited Islands luxury hotels. According to his wife (she gave an interview to Radio New Zealand), many “Patriotic Russian, dissatisfied with the policy of Putin,” support this idea.

But can “the father of Russian democracy”, together with the pretender to the throne at all to implement it is not yet clear. The government Commission of the Republic of Kiribati has yet to decide the question of whether to sell Bukavu three of the twenty uninhabited atolls, which are included in its composition. At least tourists it will attract.

But may need to wait a long time, emphasizes Spiegel: on the Islands of Kiribati do not hurry with making decisions. In the past year there have arrested a sailing yacht with marijuana. Its owner, the Portuguese, had to spend several months in prison, awaiting trial: neither the judge nor counsel could not find. 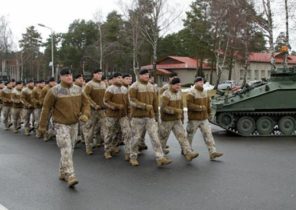