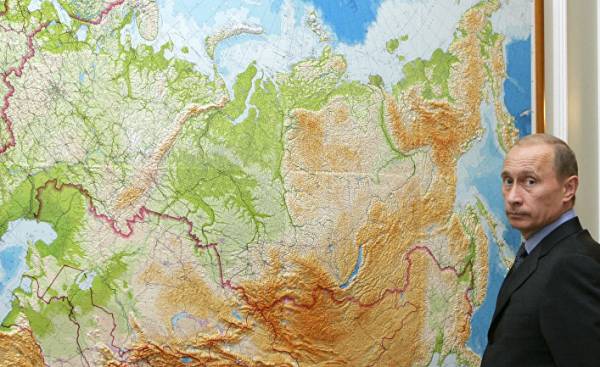 In the era of the return to the forefront of the nation and the global Jihad of the past is still alive everywhere with all its passions, writes Bruno Tertre (Bruno Tertrais) in his recent book “the Revenge of history” (La Revanche de l’histoire). Expert on geopolitics and the Deputy Director of the Foundation for strategic research believes that now more than ever need “is a reasonable view in the past”.

Libération: the Isolation of Qatar, changes in the leadership of Saudi Arabia, the return of Iran, partition of Syria… the middle East is shaking to its very Foundation. History once again reminds of itself?

Bruno Tertre: These events are moving towards clearing the game. Under pressure from Donald trump America is back-standing position in the Persian Gulf since the 1970-ies: the support of Saudi Arabia, opposition to Iran. All this leads to the formation of two blocks. On the one hand, the Alliance of Syria — Hezbollah — Iran with the active support of Russia (Moscow increasingly seeks to beat the West and to protect their interests than to fight with the “Islamic state”). On the other hand, we see the camp of the Persian Gulf monarchies, which help US allies, primarily Egypt.

Small Qatar in this case was unpleasant for the neighbors with the exception of: he was famous because pioneering in the era of the TV channel “al Jazeera”, supports the Islamist movement “Muslim brotherhood” (banned in Russia organization —approx. ed.) and in favour of normal relations with Iran. Based on American support for the Saudis to heel Doha with the embargo, and that will have to choose a camp. As for Syria, it is split into two parts: the Western under Syrian-Iranian control with the support of Russia and East, where ISIS (banned in Russia organization — approx. ed.) to effectively fight the Kurds and the West (they will soon take Mosul and Raqqa, the two main stronghold of the movement). Declared in 2014 a “Caliphate” shrinks like shagreen leather…

Most of these events are losing Democrats and liberals, which almost no one supports. In this challenging environment, the story is often referred to as a metaphor or explanation. A metaphor is usually a “Thirty years war”. It says a lot about duration of pain and the significance of what is happening. However, the analogy has its limits. In the middle East with each other adjacent to many ideologies: Wahhabism of the state, political Islamism “of the Muslim brotherhood”, the radical jihadist Salafism and revolutionary Shiism and secular authoritarianism, liberal democracy… it is Not necessary to wait for the “peace of Westphalia”, a large-scale political decisions. It should be noted and what is said about this monster of foreign Affairs of Germany Frank-Walter Steinmeier (Frank-Walter Steinmeier): “the peace of Westphalia, have shown us that it is impossible to achieve total truth, clarity and justice.”

— Why are you talking about “revenge” stories, particularly in the middle East?

In the middle East is evident. The transfer of political competition in the religious sphere gives legitimacy to the Sunni and Shi’a militants in Syria. The two opposing sides in the Gulf beat the battle of Karbala. The IG adopted the “Caliphate” and proceeded to “cultural cleansing” controlled space. This return of religion that challenges progressive ideology, is the final phase started in the late 1970-ies of the process. Another significant symbol IG becomes the “elimination of the lines of Sykes-Picot”. Actually a “destroyer of borders,” Abu Bakr al-Baghdadi was satisfied that demolished several posts on the Syrian-Iraqi border… anyway, this step had enormous symbolic value.

The combination of many factors returns of the past Nations to the forefront of international events. The failure of socialism and the critique of liberalism, dizzying progress, and globalization — all this became key to the success of populism and nationalism. Both of them rely rather on the “bright past” than “future.” Moreover, in different areas this entails different consequences. In the West there is a tendency to isolation, whereas in Russia, Turkey and China, there is the desire to expand borders, which becomes a manifestation of neo-imperialism. In addition, we see everywhere a nostalgia for the past greatness. Increasingly there is a growing rhetoric about the “end of the liberal order.” We’ve heard something similar in 2002-2003, when George W. Bush…

— How would you characterize the current global changes?

We live in the “age of decay”, since all of our benchmarks (in geopolitics, economy, culture, technology…) are in motion. Whatever it was, we still tend to overestimate the predictability of the old order. I call this “retrospective illusion of stability.” In any case, now shaken all the pillars of the international system: the multilateral approach of 1945 and the Western alliances 1950-ies, the principles of inviolability of borders and non-alignment of territory by force, enshrined in law and in practice in the mid 1970-ies, the liberalization of international trade and globalization of the 1990s years of liberal intervention in support of international law 2000 years.

— What are the points of stability in the midst of this chaos?

— The legs are all the major institutions: UN, IMF, world Bank, OSCE, NATO, EU. The same applies to all the major international agreements: none of the current trade agreement was not torn, are preserved instruments of control over the most dangerous weapons, including nuclear. I think it would be better to speak of a “pause” in the development and expansion of the multilateral system and globalization. From the point of view of competition powers, the United States still remain at the top. No other country has no such means of projecting military power, such a network of permanent bases and so many allies.

Russia and China are not standing still, however, the radius of action is still limited to their immediate environment. No other country has such natural resources at the same time, capacity for innovation and ability to deploy them in production. Nobody can boast the same cultural and migration attractiveness. Do not forget about the convenient geographic location.

All this, of course, does not negate the huge economic revolution, which in China was translated a considerable part of consumer goods production, strengthening of India and the rise of Africa. Anyway, geopolitics should not be viewed as a zero-sum game: those who appear are not necessarily displace those who are already there. The world is not a go Board or chess. Of course, America is on a period of closed in on itself and looks less attractive. However, you cannot say that she burst into “isolationism”. Now she is happy with the military intervention more active than under Obama…

— Do not overestimate the forces of Russia?

— Russia is a Potemkin village. It has two trump cards: the status of a permanent member of the UN security Council and nuclear weapons (the first largest in the world Arsenal). However, its military power is only a shadow of the one which possessed the USSR. In addition, over the 15 years of Vladimir Putin to power, she was unable or unwilling to correct its two main gaps: economic dependence on exports of hydrocarbons and demographic decline.

After the Greek crisis and Breccia had the feeling that Europe is on his knees. Can she fix the situation?

— The problem of Europe’s relationship to history arose in recent years from both sides. At first she wanted to be the vanguard of “post-history”, however bitter experience that that has not ended. Then she developed a fear of “loss of history” after it has shaken the Euro crisis, the influx of migrants and terrorism. However, her reaction made an impression. We underestimate the durability of this project and its political power. In the midst of the Greek crisis I have won many disputes with the British and American friends, who thought that the Euro can’t resist…

As always, crises propel Europe forward. Today before her new challenge is posed by Brakcet and trump. I think it will create an opportunity for progress. Unless, of course, we do not repeat past mistakes was to build great projects without bringing them to their logical end: the Euro without economic convergence programmes, the Schengen area without adequate controls at the external borders…

— There was a lot of talk about the return of the cold war, everything actually right?

Long time I was against the use of this metaphor, but now she seems a little more reasonable. Putin’s revanchist Russia launched a project to restore past glory to the detriment of the West. She strives to assert influence in Europe and to divide it by any means. She offers and their ideology: a mixture of political authoritarianism and social regression, which supposedly relies on “traditional values” of Europe. That is, it is a “total” conflict, even if it can point to cooperate against common threats. In some ways, Putin’s Russia is even more dangerous than the Soviet Union, which adhered to the status quo as defended their “achievements” and has refrained from serious provocation. If you look at the behavior of the Russian troops at the borders of Europe, there are concerns about a serious incident…

To better understand the present can help us and another historical reference: the “return to normal”. World back to what it was before 1945, that is, to the classical geopolitical competition. This would mean that the period 1945-1990 was just a historical anomaly. This opinion is shared by some representatives of American leadership.

Again history repeats itself without end, is it possible to predict the shape of the world in 20 years?

— It’s hard to imagine rebuilding in the camps of powers. Russia and China will not be of the Alliance beyond tactical cooperation: too many contrasts or creates them reasons to distrust him. To change this alignment could only be the result of a serious conflict or major political upheaval in Moscow or Beijing.

As noted in the analytical report of the National intelligence Council of the USA (I wrote the Foreword to its French version), in the future, we can consider three “metascore”. The first is the “world archipelago”, that is, as I call it, “the world of trump,” care of ourselves. Second — “the world of spheres of influence” or “world of Putin”, implying the above described geopolitical rivalry. The third and most original — “peace communities” in which States are giving way to cities, businesses,… “the World is bill gates”. I think the world of 2030 will be a mixture of all these three options. 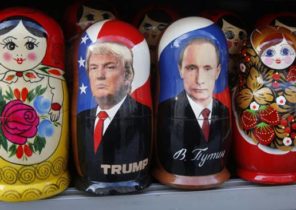